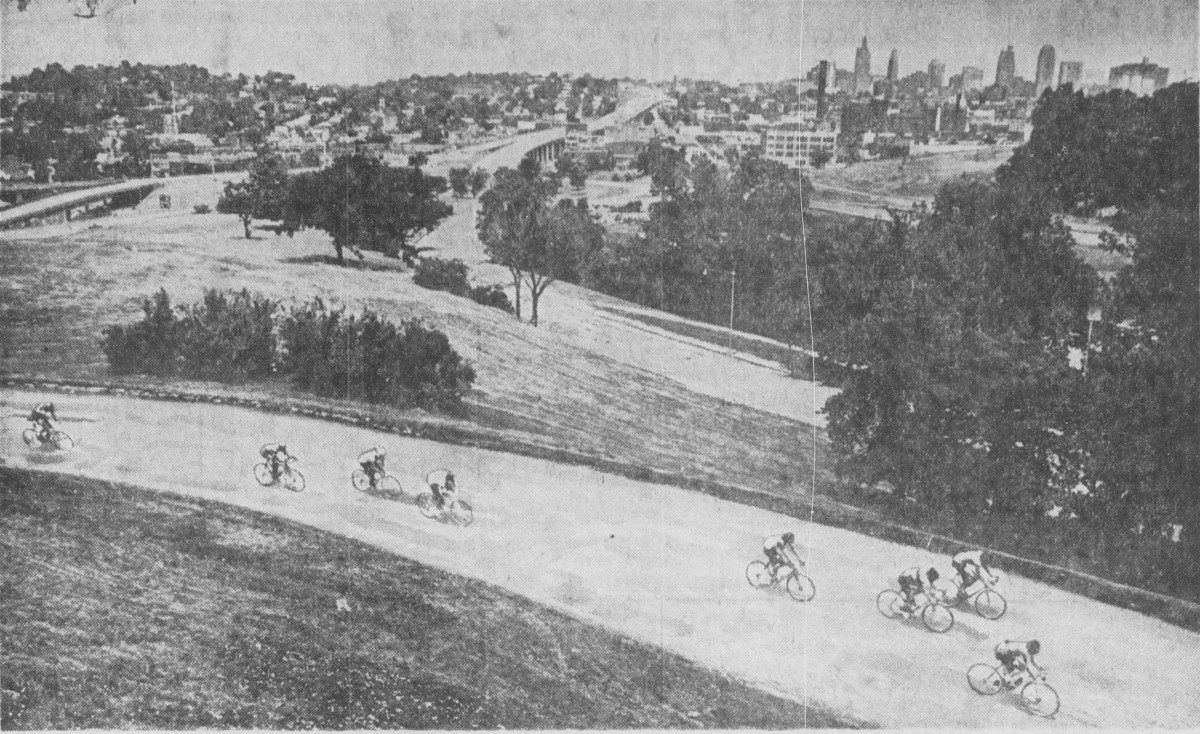 1972 was the 9th edition of the Tour of Kansas City, still held in Penn Valley Park, and still without a winner from Kansas City, the event was attracting more and more top talent. 15 year old Judy Wood was the only female rider to enter and raced against the men. 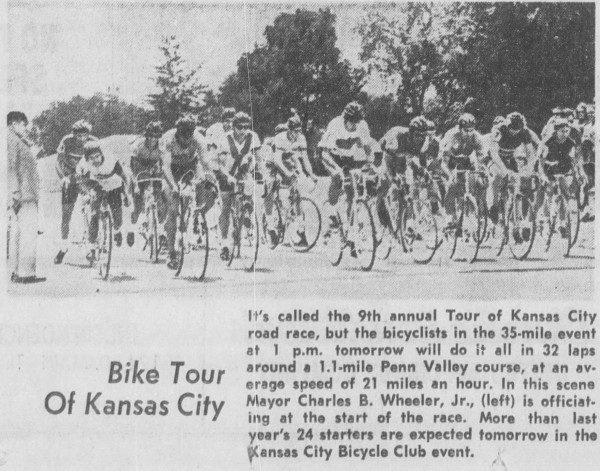 Occasional cheering of road side spectators and the whoosh of bicycle tires pumping down the roadway are the only sounds that break the silence of a bicycle race. That was fine with the 150 persons who watched intently yesterday as the 9th annual Kansas City Tour bicycle race wound through Penn Valley Park. 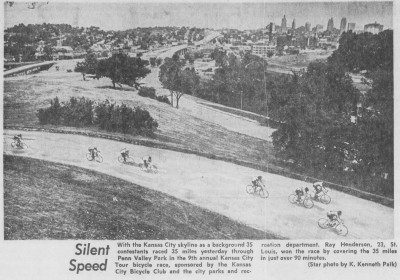 What bicycle fans do enjoy is the almost silent rapport of a disciplined rider and his precision-built machine over a long, sometimes painful course. That was what they got yesterday as 35 riders pedaled their way over 35 miles in competitions for $500 in bicycle equipment and accessories.

Cycling enthusiasts do not require deafening decibels or fiery collisions to provide racing excitement. That much was obvious in the unceremonious expulsion of several hapless motorcyclists who roared onto the 1.10-mile course north of the B.M.A. building.

The race, sponsored by the Kansas City Bicycle Club and the Kansas City parks and recreation department, drew contestants from as far away as St. Louis. It was held under the rules and regulations of the Amateur Bicycle League of America, Inc.

Although men of all ages entered the race, only one woman, Judy Wood, 15, of 220 W. 53rd, pitted herself against the 35 miles and the other competitors.

Judy, who placed second yesterday in her age division, said her interest in bicycle racing resulted from long family interest in the sport (her mother, Mrs. Patricia Wood, founded the Women on Wheels bicycle club here).

“The men don’t mind my racing, ” Judy said after yesterday’s race. “I practice just like they do, riding from 20 to 80 miles every day. Besides it’s good for competition. I beat one of the boys early this spring and he has been working pretty hard ever since so that he can pay me back.”

At 1 p.m. the contestants assembled at the starting line and arranged themselves in lines, five or six riders wide, across the roadway. Chin straps on the headgear were snapped tight. Feet slipped into pedal stirrups. Water bottles were hung on the lightweight frames.

At the shot of the gun the pack was off for a half-mile pacer lap, and then the race began in earnest as legs began pumping out a steady rhythm that would last for more than 90 minutes until the 35 miles were covered.

Arnold Shields, 6434 Agnes, who organized the race and narrated the activity over a loudspeaker, noted the racers averaged about 23 miles an hour.

“It could be faster,” he said, “except that this course varies in elevation about 50 feet as it goes through the park. Going down the hill on the west side they’ll hit 45 miles an hour, but then they’ll slow to 5 miles an hour going back up on the east side of the course.”

For the first 24 laps about five experienced riders formed a pack which led the race. Then, with eight laps to go, Ray Henerson, 23, St. Louis, who this spring fell only one point short of making the Olympic Bicycle team, pulled out in front of the weary riders to finish almost a full minute ahead of the next man.

Henderson, who seemed to have hardly worked up a sweat on his 90-minute ride, sipped a beer and commented: “I sure do like this little course.” An official noted that Henderson had cause to like the course, having also won the race in 1968 and 1969.