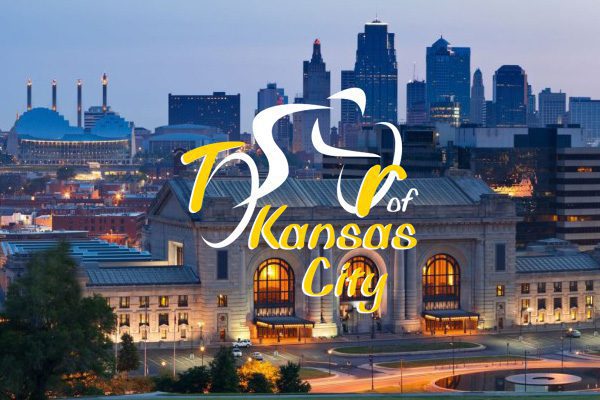 The Tour of Kansas City, by some accounts, is the longest running bike race west of the Mississippi; 2015 will be the 52nd edition of the event.

Over the years the event has taken many forms. Criterium venues across the metro have been home to one version of the event or another. There were times when it seemed that The Tour of KC was sailing comfortably into its golden years; and there were other times when the faint sound of a death rattle could be heard.

When I started racing in 2005 the event was going strong. I remember watching professional teams race around the downtown Overland Park criterium course. Full fields and fast racing action made for an intense and exciting event. Those who have been around a bit longer than I, can even recall a time when The Tour of Kansas City was an Olympic Development race.

A handful of years ago, for various reasons, the event was ailing. The question of who wanted to run the race was up in the air and the Cliff Drive course, the cornerstone of the race weekend, was in disrepair. A deathblow was delivered when speedbumps were installed, destroying any possibility of continuing the historic circuit race.

The Tour of KC was dying and it wasn’t going to be a noble death, it was simply fading away, at risk of becoming a distant memory.

Then a few years ago, there were renewed signs of life. The event began to show signs of recovery as dedicated individuals refused to allow the event to disappear. New venues were found to replace the old; criterium venues at Power and Light and in KCK, helped to revive TKC. Shortly thereafter the tour found a few years of stability in Eastern Jackson County; the divisive Longview Criterium, and the much loved Lee’s Summit Criterium breathed new life into the tour. Field sizes increased each year as riders from around the region began to return to the event. The addition of the Gran Fondo and several other non-competitive events expanded the race weekend beyond the racing crowd and spurred further growth and interest in The Tour of Kansas City.

It took herculean efforts from many individuals and groups over the years to keep the Tour of Kansas City from becoming nothing more than a memory in the minds of those who had raced it. Unfortunately, as they certainly deserve mention here, the names of those involved in years’ past escapes me. But there are those I do know, who over the course of the past couple of years, have been instrumental in the recent success of the event. Mark Hines, Event Director for the 2014 edition of the event, headed up a committee who spent many hours and lot of hard work raising the stock of the event. Dave Gale, Brent Hugh, Gary Wesselschmidt, Steve White, Carol Stauffer, Becky Nace and many others were integral to the success of the event.. Groups such as Jackson County Parks, KC Parks, the Northeast Community, KCBC, New Longview, and many more were instrumental in the growth of the event.

So here we are, the 2015 event is fast approaching. My vision for the Tour of Kansas City is no doubt the same vision that has been shared by my predecessors, a return to its former glory as a premier local, regional, and national sporting event.

I have high hopes for the future of TKC. With that in mind, I have endeavored to expand the event for 2015 with an eye towards the NRC in the near future.

First, I think The Tour of KC deserves a champion, and overall winners will be crowned over the course of the new three day omnium format. A trophy, designed by local artists, will be awarded each year to the overall winners.

Friday evening will kick-off the racing action with the Cliff Drive Prologue Time Trial. Beginning with a fast, downhill start on Gooseneck Hill, followed by a short trip through Cliff Drive, riders will race back up the climb to vie for a spot on the podium.

Racing will continue Saturday at Cliff Drive, with a couple of new twists. A newly added 5K competitive run will take runners along the Cliff Drive course before the cycling events begin. Once the runners finish, the cyclists will take to the course. But this year’s course will offer one leg-breaking bonus . . .

. . . the Cliff Drive Circuit Race will have a true hill-top finish. On the final lap, the first rider to the top of Gooseneck Hill will win the day.

A microbrew festival has been added to Saturday’s events. Showcasing Kansas City area breweries, riders, spectators, and the general public will be able to sample the best brews that KC has to offer.

With big plans for the future of the event, The Tour of Kansas City needs room to grow. The TKC criterium has found a new home. Riders will be treated to a brand new venue, Kansas City’s Truman Sports Complex. Participants will race their way around the home of the Kansas City Royals and the Kansas City Chiefs. The stadiums will serve as a magnificent backdrop for the day’s events.

Riders looking to participate in non-competitive events will once again enjoy the Gran Fondo, kids races, and other fun rides that are part of the weekend’s events.

The Tour of Kansas City will continue to serve as a major fundraiser for The Missouri Bicycle and Pedestrian Federation. Supporting local, state, and national advocacy organizations such as MOBikeFed is an important part of the sport. The work they do to make sure we can all continue to enjoy our sport should be supported by all riders and pedestrians. Riding, walking, and running are all safer and more enjoyable thanks to the hard work of the many advocacy groups.

There is a lot of work ahead and I am sure there will be some growing pains along the way. I am excited about the future of The Tour of Kansas City, I hope you are too.

See you on the road,